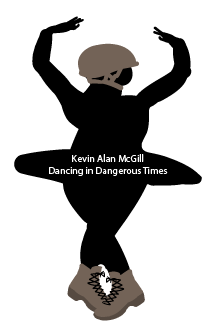 a satirical slant on our silly society.

Sat K’s Monthly is meant for a mature audience. That excludes anyone who complains of the cold and refuses, for fashion reasons, to dress warmly. I’m just saying.

Where Are We Coming From

For security reasons, we move around alot.

You may have heard of Wiarton Willie, the groundhog who each February 2nd predicts how soon winter will end. Well, we are at the farm next door, the home of Wiarton Weasel. Weasel predicts winning political strategies. Where Willie gets paid in leftover lettuce, Weasel gets stock options. Willie emerges from his warm den. Weasel, like his human counterparts, crawls out from under a rock.

We May have the product for you!

And say, are you one of those people who check the news and can’t tell anymore what’s true and what’s not. Well, we may have the product for you. It’s our new misinformation detector. We call it – “It’s All Bullshit”.

This high-tech, state of the art, top quality yet affordable device listens for certain phrases and voice tones. When it hears something associated with outright lying, it shrieks, “It’s all bullshit!”

It’s All Bullshit, a handy substitute for getting a balanced education or for spending time actually thinking things through.

Not recommended for use at political conventions or government budget announcements. The batteries would wear out too quickly.

This month’s “Could have been News!”:

Residents of the predominantly Black neighbourhood of Westside turned out for an orderly and peaceful march on city hall. The event was held to protest the continuing practice of “carding”.

This time, the Chief of Police and the head of the Police Union met the protestors with hugs and donuts and coffee. While not promising to stop “carding” totally, they did promise to apply it more fairly.

For every person of colour they stop, they will stop someone of pale complexion hanging around an upscale mall or entering a yacht club. While they expect the carding process to produce the same results with this new ethnic group, they feel that they would at least get better quality drugs.

Call to Action – Supporting Sat K’s Cause of the Month

This month’s support opportunity arises from the continuing need for refugee claimants to prove that they are not potential terrorists.

Since we now know for certain that anyone born and raised in another part of the world has likely been subject to radicalization, we need to be able to separate the simply different from the dangerous.

Lengthy interviews and in-depth fact checking haven’t proved reliable. Also their cost eats into the profits made on claimants able to just buy their way in.

Well, Sat K’s Monthly has a better approach. We start with the well-known fact that terrorists are “wild-eyed” fanatics.

So we are asking for your donations towards our research into developing a measuring tool for “eye-wildness”.

We hope to produce an image that immigration officials and conservative party leadership hopefuls can use to spot the bad apples. All they would have to do is put up the wild-eyed image next to a photo of the refugee’s eyes. If there is a match, application denied.

And, the bonus is that the women won’t have to take off their face covering.

We could get started on comparing eyes almost immediately. Just send us that money you were going to send to the refugee camps for medical, food and other non-essential supplies. Remember, it’s all in the eyes! If they aren’t terrorists, God will save them. .

Breaking News from the Fashion Industry:

We go to our correspondent Tungway Ging standing by with avant-garde fashion designer Dray Kween.

Tungway: Dray, you are promising big changes at your Paris show this year. Give us the scoop!

Dray: Well first of all, we are no longer going to be using skinny young female models.

Tungway: (Gasp) You mean you are going to show actual real size women?

Dray: Heaven forbid. Real size women could never fit in our clothes. And even if they did, they would look ridiculous. No, … get ready for it … we are going to use skinny young … gay males.

Dray: Drat. It always takes me a couple of months to catch up. Well, anyways, regardless of what year it is, it’s time to “out” the fashion industry. It’s time to admit that high fashion has always been designed not for women but for gay men.

Dray: Oh, come on. Why do you think that the models are all flat breasted with no butts? Fashion is for peacocks, not peahens!

Tungway: But, what about all those young female models? What are they going to do now?

Dray: Well, once they get out of rehab, they can start to gain a little weight and maybe find work as a sandwich board wearer. You know, those people with the signs at the side of the highway advertising pizza places and stuff. Or maybe they could become mimes.

Tungway: What other surprises can we expect?

Dray: Kevlar! Kevlar is going to come in big this year – Kevlar bustiers, Kevlar jeans, Kevlar hats and fascinators and matching Kevlar running shoes. – clothing that can stop a bullet. Now that the nasty minority has taken back power in the western world, transvestites and other targeted groups are going to have to mesh fashion sense with common sense.

Dray: Me. I am moving to Canada. They have another 4 years before the Nasties can get back into power there.

Tungway: Well, there you have it. This year’s theme for the fashion industry? Gay but Practical!

So that’s it for this issue of Sat K’s Monthly,

just one part of The Possible Ks family.

A posting from Kevin McGill’s The Possible Ks

Creative Commons Copyright – Share. Just give me credit for my work, don’t make a profit from my work, and don’t change the content.

This site uses Akismet to reduce spam. Learn how your comment data is processed.